Joined 19 d ago
·
0 Posts
I have a 2009 mini cooper s 70996miles. the head gasket has blown and the cost to fix it is £1500. i would like to know is this a fare price and also what are the guaranties that the car will be fixed after repair.

I am also trying to sell the car as is - anyone interested?

2008 Mini Cooper S hatchback,Automatic,Mello Yellow
Joined Aug 28, 2012
·
1,017 Posts
I replaced my head gasket after having the head worked over by a machinist.
What I mean is I had all kinds of stuff done to it. In the U.S. it was 200 dollars to
hot tank the head and resurface it; which is like prepping it for the block to receive
the head after a thicker than the stock head gasket is placed in between.
I used ARP bolts. 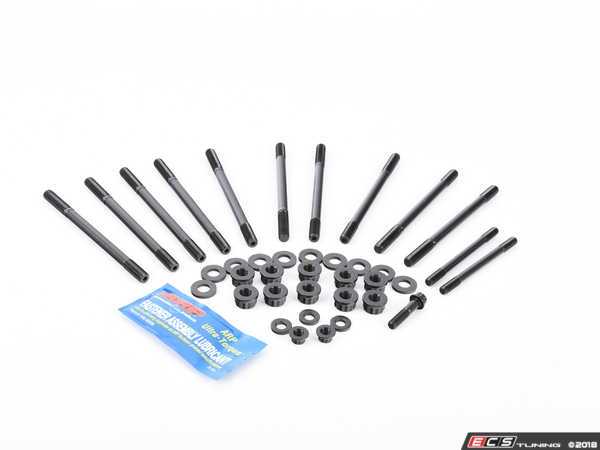 What is also needed is a set of Valve stem seals which is about 35 dollars U.S.
Sense they will need to remove the valves in order to re surface the cylinder head.

So that about 440 dollars to do the head gasket and with the ARP head studs(make sure they
send the ARP installation grease package with it). You have a simple way of torquing
the Cylinder head down and better clamping force.
Fuel injector seals and Fuel rail connection pipe from the High pressure fuel pump
to the fuel injector rail.

If that is your problem Head Gasket Than It comes up to about 550 dollars U.S.
After shipping.

So to me personally it comes across like a steep price to pay 3 times as much for
stock torque to yield bolts. And is not likely the head will be re surfaced or the
valves cleaned on it. And if your timing chain is still good. It would seem pointless
if they replace that, as it is stuff that is not broken and non consequential to the
upkeep of the car.

In Broken condition. You would have to make up a price to sell it for. Mini Coopers
are not the only ones out there being sold on local ad's pages that are broken at
a more than 500 dollars U.S. Price. I personally like to have a Car running if I buy
it. In those ad's is what I look for:
Example one ad said that the truck would run and get to where you need to go.
but if you push it will slip out of gear if you don't then it is fine and get you to
where you need to go.
I like those types, because I don't need to tow it hundreds of miles and spend
thousands to get it to home to make it a project.

Joined 19 d ago
·
0 Posts
thanks for you comments - I have off loaded the mini and now own a problem free toyota! I recon there are only a couple of good years with mini and the rest should be thrown in the bin.
K

Joined Sep 30, 2018
·
1,301 Posts
Even the newer Toyotas nowadays have problems, albeit less problems than the German cars.
M

Matt Elton said:
thanks for you comments - I have off loaded the mini and now own a problem free toyota! I recon there are only a couple of good years with mini and the rest should be thrown in the bin.
Click to expand...

its not just mini honestly they all are as bad as each other, toyota and honda and prob better than most ,, nissan got in to bed with renault and share their rubbish drive lines , same as bmw did with psa, even vag stuff is getting more and more a problem
1 - 5 of 5 Posts
Join the discussion
Continue with Facebook
Continue with Google
or sign up with email
About this Discussion
4 Replies
4 Participants
Last post:
mike1967 10 d ago
MINI Cooper Forum
Join our Mini Cooper Forums to talk about your new Mini. From reviews, mods, accessories, reliability concerns and more, this Mini Owners Club is full of info!
Full Forum Listing
Explore Our Forums
General Discussion First Generation MINI Cooper S First Generation Faults & Fixes First Generation Interior & Ice First Generation MINI Tuning
Recommended Communities