At this point, I plugged the air mass meter back in, fitted a new oil filter and fresh oil and attempted to start the engine.

Battery reconnected, I turned the key and waited for the fuel pump to prime. Took a brave pill and turned the engine over. It turned over and over with no sign of life. This was because there was no fuel in the entire system. The injectors won't even fire until the ECU sees sufficient fuel pressure. After a few goes, and more cranking, the engine fired into life, seemingly like nothing had happened. No smoke, no rattles, no miss firing. The advantage of common-rail systems I suppose.

Anyway, I only ran it for a few seconds as there was no coolant in the engine, but all lights went out, it sounded fine. Result.

Now it was time to put the radiators/ front clip back on. I hate doing this. The water radiator, electric fan assembly, intercooler, air con condenser and oil cooler pipes are like a puzzle. They all go together in one way, and you have to build them into the front panel in a certain way- no short cuts! 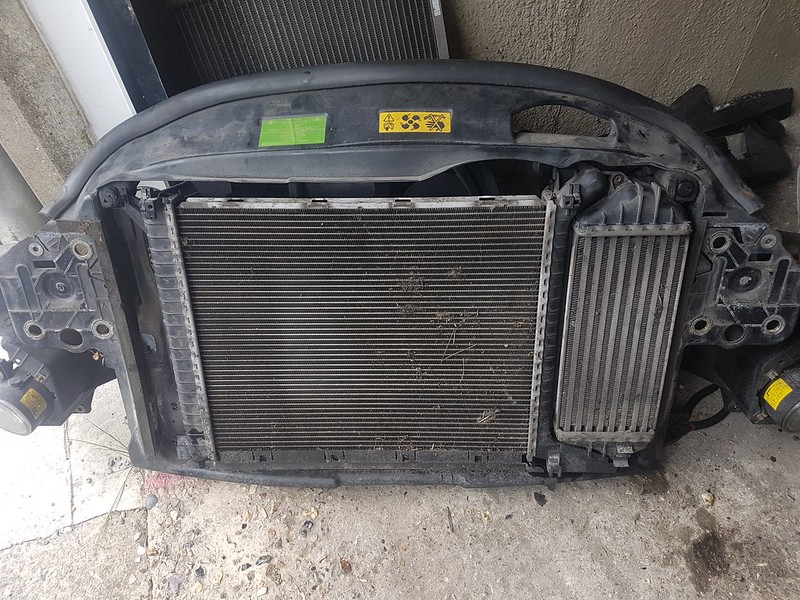 Joined Jul 25, 2018
·
24 Posts
With that all together, you can then place the assembly on the car. The fan wiring needs to be threaded along and to the wiring plug on the nearside. The intercooler hoses can be connected, as can the water hoses.
Your next challenge is threading the oil cooler pipes under the engine, along the side of the radiators and out through the top. It's awkward.

After I'd struggled with all this, it suddenly occurred to me that I could have left the entire front end together, in one piece and removed it all as a lump :laugh8kb: Even the oil cooler pipes disconnect under the engine. Oh well, maybe next time!

Now just the front cross member and bumper, after you've threaded the wiring through the front panel and refitted the o/s wheel arch liner. 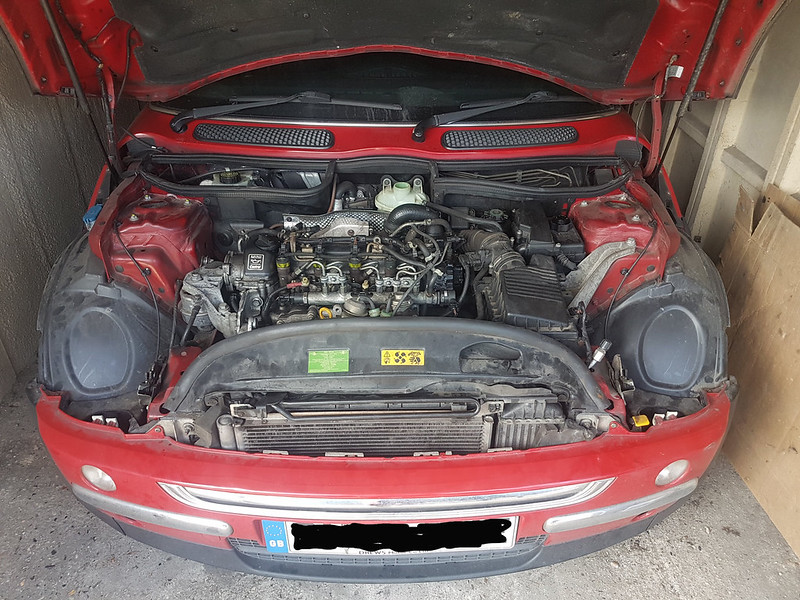 And you have a complete car again!
J

Joined Jul 25, 2018
·
24 Posts
Forgot to mention, the AC condenser goes on last, before the aluminium crash bar and bolts onto the pipework on the n/s front. It doesn't work on this car so I wasn't especially careful with it.

Anyway, the car now runs fine and I've driven it a few miles. Temperature stays just below half, the heater works constantly and best of all, virtually no pressurising of the cooling system. When it's hot, you get just a short 'hisss' when you remove the cap, compared to the erupting geezer and gurgling of air previously.
I've not done a long trip in it yet and am still babying it a bit, but it seems generally ok.

I'm not sure how long the repair will last; there is damage to the block where the gasket failed, but I think it will be ok for a while, finger's crossed! It's a big job on your own, in a crappy single garage and I've no desire to do it again. I am pleased I caught it before it got worse though. Much longer and the block and head wouldn't have been salvageable I reckon.
21 - 23 of 23 Posts
Join the discussion
Continue with Facebook
Continue with Google
or sign up with email
Recommended Reading
Read More
Read More
About this Discussion
22 Replies
2 Participants
Last post:
JamesofKent Apr 30, 2019
MINI Cooper Forum
Join our Mini Cooper Forums to talk about your new Mini. From reviews, mods, accessories, reliability concerns and more, this Mini Owners Club is full of info!
Full Forum Listing
Explore Our Forums
General Discussion UK & Ireland Discussion & Event Planning First Generation MINI Cooper S Australia First Generation Faults & Fixes
Popular Communities