OBD scanner that works on R50

Joined 11 mo ago
·
11 Posts
I'm trying to find a scanner that works with my R50 2006. I just bought one from Toolstation in the UK https://www.toolstation.com/streetwize-car-diagnostic/p12772 which powered on but couldn't connect. I don't want to spend loads and was hoping someone had some recommendations on one for me to buy, ideally a link?
M

Joined Apr 8, 2017
·
6,863 Posts
on the r50 gen one mini inpa is the best bet its a bmw diagnostics that includes the gen 1 mini,,, or autocom cdp plus will work with it on a pretty good level i have one had it for 6 years now and have used the hell out of it covers any car on road with eobd socket up to 2016 ish cost £40 ish on ebay proper workshop level of diagnostics cover abs and airbag and code some keys code injectors and fuel pump and on electronic handbrakes will encode them will allow for pads changes ie holds winds caliper off etc, just cant beat to be honest for the money
D 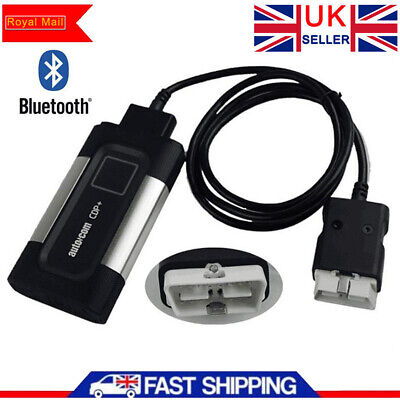 Simply connect CDP+ to the diagnostic socket in the vehicle and it will communicate with the diagnostic software installed on your PC. It works on both old and new vehicles. 1 x Diagnostic Tool with OBD2 cable.
www.ebay.co.uk
below link inpa but will need a windows xp laptop with service patch 3 to run it 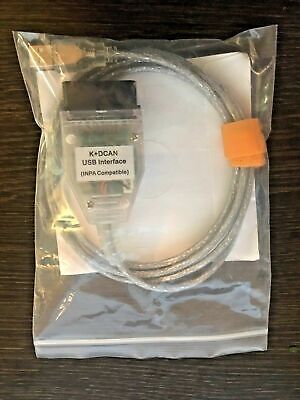 Joined 10 mo ago
·
189 Posts
I use a couple of tools on the mini. The Autocom similar to that posted by Mike above (very good functionality and has active tests on the mini) and a Launch CRP123. This is a self contained tool (not laptop based) with the ability to read fault codes/live data from all the ECUs. It doesn't have the active tests of the Autocom but is a lot more user friendly.
M

garybee said:
I use a couple of tools on the mini. The Autocom similar to that posted by Mike above (very good functionality and has active tests on the mini) and a Launch CRP123. This is a self contained tool (not laptop based) with the ability to read fault codes/live data from all the ECUs. It doesn't have the active tests of the Autocom but is a lot more user friendly.
Click to expand...

i have access to snap on scan tool as well which is loads of money for tool and updates i still rather use the autocom on jobs handy to be able to run the internet on it at same time handy for some funny faults searching if others have had same issues with a car,, i found by telling my antivirus that autocom is safe etc and allowed to be used at same time its works a treat,, i also have wurth wow snooper so rather than use two different interfaces i copy'd the driver and permissions folder from autocom in to wurth folders on c;drive on laptop works a treat,,
i did look at buying autel once think for the coverage i want in line with autocom or better was around £600 with updates etc and the £100 tools were just no better than a universal scanner would ever be,, in 6 years of using the autocom i have not found anything beat me yet always got it fixed worked it out with that scanner and muliti meter and a scope,, the only massive one is body control modules saying that autocom will encode many of them from new, but that gear i send off to a guy who is a wizard he can clone anything can even do latest cars where speedo and mileage is stored where dealers will only fit a new unit to zero on mileages and he can reset the mileage to what was on old units,, i do a lot of frence stuff with BSI and hand brake modules etc £1000 bill from dealers last one i had cloned was £80 plus the secondhand unit, even main ecu can clone those as well same money ish
1 - 7 of 7 Posts
Join the discussion
Continue with Facebook
Continue with Google
or sign up with email
Recommended Reading
Read More
Read More
About this Discussion
6 Replies
3 Participants
Last post:
mike1967 8 mo ago
MINI Cooper Forum
Join our Mini Cooper Forums to talk about your new Mini. From reviews, mods, accessories, reliability concerns and more, this Mini Owners Club is full of info!
Full Forum Listing
Explore Our Forums
General Discussion UK & Ireland Discussion & Event Planning First Generation MINI Cooper S First Generation Faults & Fixes First Generation Interior & Ice
Popular Communities