Joined 3 mo ago
·
1 Posts
Hi guys, as a newby to the group I am hoping somebody can perhaps offer some advice.

My wife and I both have Cooper D's but one is having DPF light issues. The DPF light comes on every time it is started from cold and stays on for around 30 seconds. After this it never comes on again. If run for say 1 minute then stop and restarted no issues. Also no DPF light, if she is left for say 15 minutes, but engine still warm when she is restarted. So only happens on cold start up?

I have spent many hours trying to fix this DPF light issue, with absolutely no change whatsoever. The car is a 2008, Cooper D with 102k miles. She runs absolutely fine, if anything its more powerful than my 2010 Cooper D with slightly less mileage. We live in the country and do very few short runs, as it is around 25 minutes to a decent town which are nearly all 60mph roads and 70mph dual carriageways

So far I have completed the following:

Your assistance would be greatly appreciated and could bring me back in love with my Mini which I do still love, except this damn light!!!!

Many thanks in advance
M

Joined Apr 8, 2017
·
9,605 Posts
no point trying to clean them as its the residue from regens that builds up and blocks it,, need new filter,, on cooper d of your age its got the psa 1.6hdi engine and can buy just the dpf filter element £115 ish on ebay, will also need to refill additive tank with eloys fluid that is under the car at rear and is a bag below links for additive and filter,, 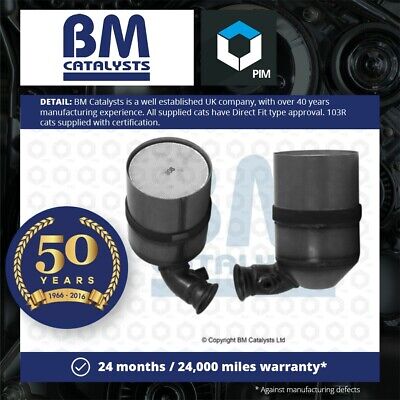 Exhaust gasses containing soot enter the DPF channels which are closed off at alternating ends. The Diesel Particulate Filter is part of the exhaust system which functions to remove particulate matter (soot) from the exhaust gasses.
www.ebay.co.uk
additive

NEW DPF Additive Fluid Pouch suitable for the following: Mini R55 Clubman 07-10 - All Cooper D models Mini R56 Hatch 06-10 - All Cooper D models Please check vehicle compatibility to ensure this is suitable for your vehicle. If you are unsure, please do not hesitate to contact us directly. Mini...
www.ebay.co.uk
will also need diagnostics tool to tell car new filter fitted, and to reset counter for additive tank,, bare this in mind every time you add fuel it adds a shot to fuel tank ie for a full tank so by not driving it from full tank to fuel low light it wastes the fluid, id never just stick a £5 in at one time
1 - 2 of 2 Posts
Join the discussion
Continue with Facebook
Continue with Google
or sign up with email
About this Discussion
1 Reply
2 Participants
Last post:
mike1967 3 mo ago
MINI Cooper Forum
Join our Mini Cooper Forums to talk about your new Mini. From reviews, mods, accessories, reliability concerns and more, this Mini Owners Club is full of info!
Full Forum Listing
Explore Our Forums
General Discussion UK & Ireland Discussion & Event Planning First Generation MINI Cooper S Australia First Generation Faults & Fixes
Recommended Communities