The smell of oil makes me sick

Joined 7 mo ago
·
8 Posts
I bought a 2009 Mini One Graphite 3 weeks ago. The guy I bought it from must have had the whole engine power washed of oil, because when we drove it all was fine (No smells)

FastForward 2 weeks and I start to smell oil coming in through the heating blowers when I am parked at lights and junctions. When I have a look under the bonnet, Sooooo much oil.... It looks like its leaking from the Head gasket (i think?) or is it a valve cover? It is so bad it makes me feel ill.

Aside from the smell I have now noticed it is starting to drip onto my Tarmac driveway :-(

Apart from the obvious plastic black cover leaking. is there other places I should look at or that are popular failure points on the 1.4 non-turbo engines. The guy who sold it obviously knew what he was doing as it would take a few weeks for this issue to raise its ugly head. I am asking as there is so much oil it is hard to pinpoint the exact location of the leak or leaks
M 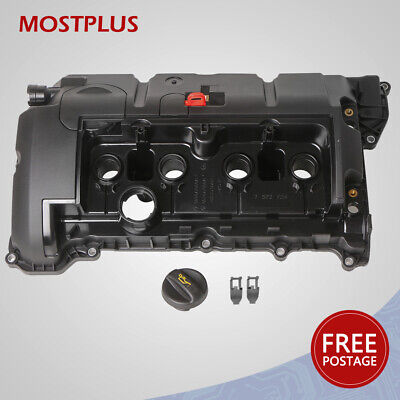 Joined 7 mo ago
·
8 Posts
Today after I washed the car, I took a look under the bonnet around the Valve cover and this is what I was greeted with.

I can't find the image I took from below the car, but it is absolutely covered in oil. I also removed the Plug cover and inside the 2 deep holes which houses 2 x of the screews that seem to hold the rocker cover on have a pool of oil inside them.