Joined Aug 24, 2018
·
28 Posts
Hi all, I have a mini cooper d 2008 , 1.6 psa engine with garrett turbo. I found out my vnt was sticking and stripped it all down, the 3 torx bolts have sheared off even thought I heated everything up. Is there an easy way of getting the remaining bits out? smallest extractor I've got won't fit in.
any help would be gratefully received
M 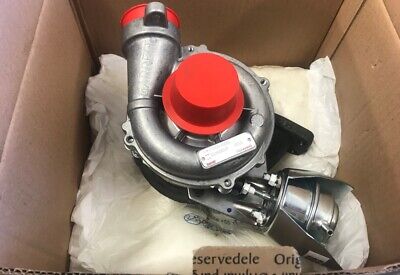 Turbos fail for a reason, usually air or oil related. This can occur in, but is not limited to the following areas Miles on Engine: 109,087. Carbonised oil is a major cause of failure of the turbo on this application!
www.ebay.co.uk
on that engine turbo's dont tend to much over 80.000 miles with dof filter and all soot and crap its causes, if doing a turbo you really should do the dpf filter as well as thats prob why the vnt is blocked up with soot etc,
► Show Full Signature
good tuners/repairs in southwest uk top guys 01579-381182 repairs/window tints/graphics wrapping,car recovery timing chains etc rolling road, below link to facebook page for black magic performance centre,
https://www.facebook.com/blackmagicperformancecentreltd/
P

Joined Aug 24, 2018
·
28 Posts
hi thanks mike , I have stripped it down and cleaned out the dpf new oil pick up in sump, new oil feed to turbo, and lastly cleaning the turbo, id have no luck at all if I didn't have bad luck!
if all else fails new one it is but I hate being beaten by broken bolts.
M

Joined Apr 8, 2017
·
5,923 Posts
heads up on that engine when the turbo lets go and i promise you i see more that do than what dont,, most common reasons for it are mileage from 70-120.000 miles, if have leaking injecotr seals this adds solid lumps of carbon in to the insides of rocker cover where the oil picks in up and blocks the oil strainer in the sump or some builds up in the banjo bottom bolt for the turbo and this kills off the oil bearing and this sets off a chain of events,,, ie driving along and next minute car hesitates just before its smokes that bad you cant see anything behind you,, then the driver pulls in and takes foot off clutch pedal as to stop engine as by now its reving at 8000 revs until its run on all the oil that was in the sump, or the engine throws a conrod out side of engine etc,, some engines have a new turbo fitted and are fine after if the runaway was stopped in time rarely,, most need a new engine,, £2000-£4000 bill at that point,, then look at from a point of future proofing it and what cost, new turbo £200, new dpf filter £115, plus £300 worth of garage time maybe, the best bit at least then you should be able to drive it around knowing ts fine for another 80.000 miles, or could take the view and i see this a lot its not broken yet so dont fix it these people tend to have the biggest bills.
► Show Full Signature
good tuners/repairs in southwest uk top guys 01579-381182 repairs/window tints/graphics wrapping,car recovery timing chains etc rolling road, below link to facebook page for black magic performance centre,
https://www.facebook.com/blackmagicperformancecentreltd/
1 - 4 of 4 Posts
Join the discussion
Continue with Facebook
Continue with Google
or sign up with email
Recommended Reading
Read More
Read More
About this Discussion
3 Replies
2 Participants
Last post:
mike1967 2 months ago
MINI Cooper Forum
Join our Mini Cooper Forums to talk about your new Mini. From reviews, mods, accessories, reliability concerns and more, this Mini Owners Club is full of info!
Full Forum Listing
Explore Our Forums
Banter General Discussion First Generation MINI Cooper S Australia First Generation Faults & Fixes
Popular Communities